Local news publisher Patch Media runs hyperlocal news stories on a national scale. Based in NYC, they have writers and editors in over 1000 towns and cities across the United States. The majority of stories are run on their website, and then posted on social media. In 2021, the editor-in-chief for the Massachusetts division was experiencing a drop in Facebook clicks, and hired Trajex to help.

Our objective was to optimize their social media posts and free up the writers’ time for more writing, so they no longer had to worry about making the story just right for Facebook and could focus solely on their strongest skill set. As many as 60+ stories were written and shared each day to the region’s 200,000+ readers, so taking these on was a substantial task, but our team rose to it. After creating a shared Google Form and spreadsheet for sharing critical information as simply as possible, our team was ready to go and fully operational on day 1, seamlessly taking over Facebook posting duties and immediately relieving a huge burden from the Massachusetts Patch team. We carefully checked and edited the post headers for each story, ensured they were routed to the correct channel, and measured the results.

Click rates, our primary metric, began to improve slowly but surely. The second week contained Labor Day weekend, well known as one of the weakest news times in the year. Regardless, we beat expectations, and things only improved from there, getting stronger nearly every week.

With social media in place and the numbers going up, we turned our attention to analytics. We constructed a framework for running A/B tests through their platform, SocialFlow. By taking the time to first create a baseline average CTR over the course of several weeks for two different blocks of equal population size, we were able to measure results from tiny changes to posts against both a different version and the overall average. We soon had a rigorous study structure in place, comparing all kinds of different changes to text and reporting the results.

Other broad discoveries were made: For example, we found that, much to the Patch team’s surprise, sports-related stories were performing very well. They had written very few such stories, because they weren’t aware of their audience’s response. Upon receiving our recommendation, they shifted focus and began to produce more sports content. We were also able to report on many other fascinating finds and actionable insights.

Our next and potentially most influential step was to lay groundwork for a study of diminishing marginal utility. Through data aggregation, we began to put together a complex system that would allow us to determine with high precision how many stories of a particular genre maximized click rates. Too few, and you’re leaving clicks on the table. Too many, and the audience is overwhelmed. With this remarkable tool, Patch leaders would be able to assign a specific number of stories to be written on each topic for ideal rates of return.

Unfortunately, we did not get the chance to complete our work. Less than three months after we began, Patch ran into choppy financial waters and made deep cuts nationally. As a new addition, Trajex was one of the first contractors removed. The Massachusetts editor-in-chief who hired us was extremely disappointed that he had no choice but to let us go, and told us he’d be more than happy to work with us in the future. Although we were sad to lose the chance to work longer with Patch Media, we were given an incredible opportunity to grow, and we’re more than capable of succeeding once again in a high-impact media role. 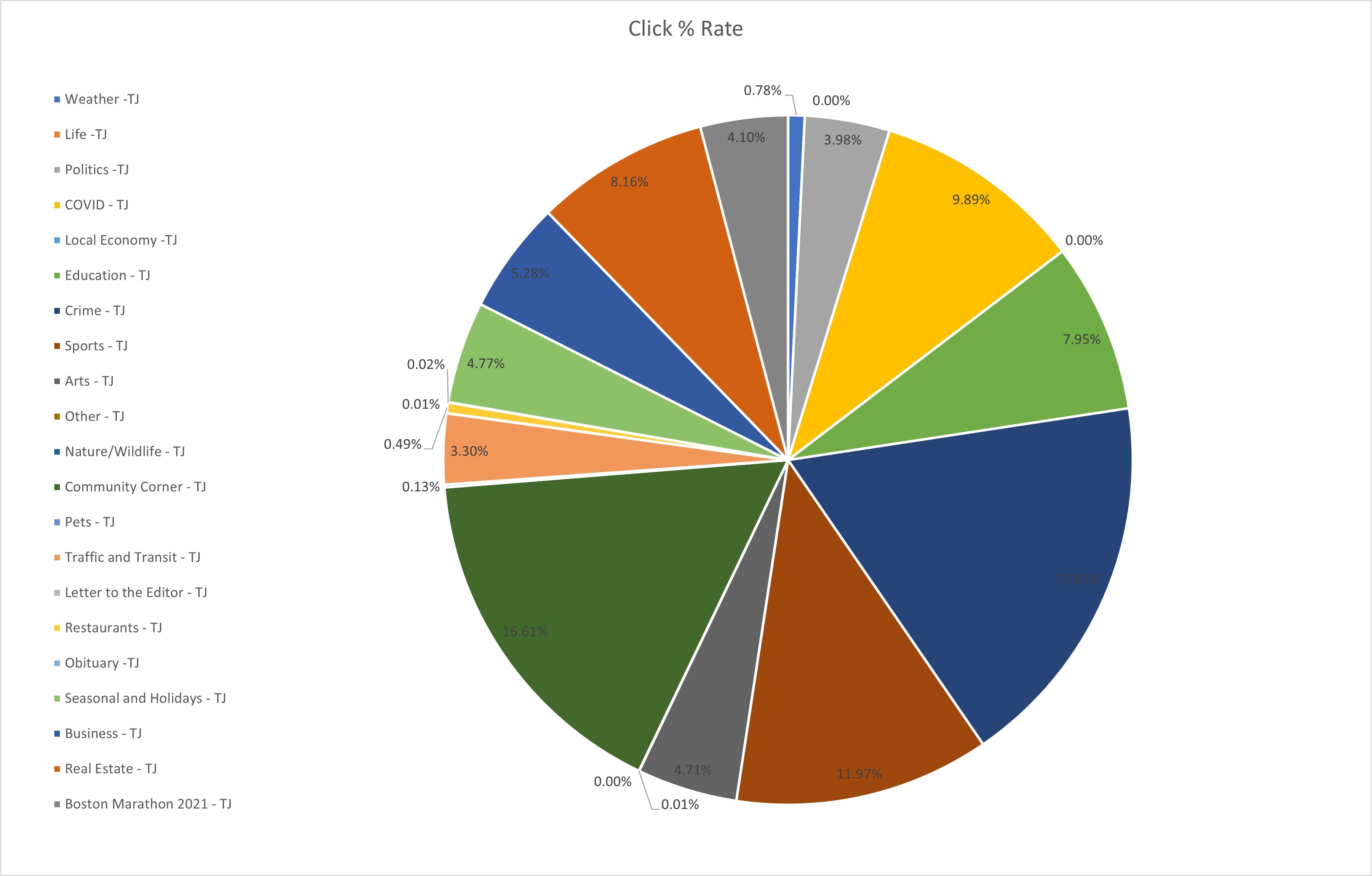 Thank you! Your submission has been received!
Oops! Something went wrong while submitting the form.

Let's get a conversation started

Maybe we start working with you, or maybe you just get to bounce your ideas off a team that’s genuinely interested in your success.